If you also hate when someone tries to keep track of your each and every movement, you’re on the same page with the Aries man. This guy will answer to no one and he will do things the way he wants. The Aries man likes playing the bad boy role. He’s flirtatious, charming, stubborn and adventurous, just like you see in some movies.

You will be impressed and attracted by him, but make sure not to fall for his stories straightaway. He will want to chase you for some time, so let him do his number. He will prove to you that he’s the man. You may wonder who will he need in his life. Well, find out that the perfect woman for the man born in this sign is strong, independent and confident.

Besides, she should also be feminine, stylish and intelligent. The Aries likes to talk, so he needs someone with whom he can have a conversation. He thinks he is the most handsome and also the smartest, so don’t hesitate to admire him all the time.

If you need something, go ahead and ask for his help. He loves to bring a smile on people’s faces. If you respect and treat him like he is the best, you will only have a happy life next to him.

When in a relationship

The Aries man is the type that can be read like an open book when he has fallen in love. You should pay attention to the two opposing sides of who he is.

First, he will feel like a conquistador and he will want to do anything to have the heart of the lady he loves. He will be insisting, and he will repeat his actions to make the girl he likes fall for him.

The other is that he can be lost, not understanding what he is going through. In this situation he will be distant, not too talkative and even annoyed because he isn’t able to express his feelings.

It doesn’t matter which one of these two you find him because he will be very obvious in both situations.

No woman could miss his signals, not even if she doesn’t know him very well. It’s not easy to be in a relationship with the Aries man. He has trouble connecting with a partner, and he can’t feel or think as a couple.

This guy tends to be way much better when he is single. Not to mention it is very difficult for him to have a partner who will keep up with his way of life.

He is prone to be chauvinistic more than other signs. It’s essential that he stays independent with his money and his social life if he wants to be successful within the relationship he has built.

While he will be the one to jump from one relationship to another, this will completely change as soon as he has fallen in love with someone.

If that someone is you, make sure you don’t make him feel tied down. This guy wants adventure more than anything else in life. Keep things in your relationship fun and exciting. Let him have his space and you will gain a husband who will always love you.

Many women will see him as a challenge because he doesn’t seem to settle down, no matter what. On the other side, his sincerity cannot be overlooked. You can be sure that he won’t lie or cheat.

If you want someone full of energy and joy, look no more. The Aries man is definitely for you. He is a protector of individuality, while balancing the intimacy and accepting you for who you are.

The woman he needs

Flirtatious, the Aries man won’t hesitate to make sweet eyes to any woman that he meets. If you want to ensure you’ll be in his life, you’d need to be aware of a few things.

First of all, you need to know that this guy doesn’t like a woman when she doesn’t put up a fight. Therefore, don’t be a victim of his charm and good looks from the very first time.

He likes to chase and you’ll have to let him do it. But on the other hand, don’t be too unavailable either.

He looks for someone beautiful and innocent, a girl who makes him invest time and energy into wooing her and who can give him feel butterflies in his stomach.

Second of all, he needs an adventurous spirit just like him. And this means someone who’s serious about living an exciting life, a woman who wants to do all kind of wild stuff without being afraid that she may get injured.

A settled character who doesn’t want to travel around the world and meet new people is definitely not the person for the Aries man.

Lastly, this guy needs someone who is independent and also stable. A partner who will give him enough space and will not try to cut his wings when he is taking on new challenges.

Adventurous and energetic, the Aries man will be up before the Sun is on the sky. He likes to welcome each day, and he expects to face a new challenge every time he wakes up.

Ambitious and dedicated, this guy will always look ahead with optimism and courage but don’t expect him to invest any efforts if there aren’t great rewards waiting for him at the finish line.

He knows time is valuable, so he doesn’t waste it. People may think he’s a brute because he always acts on impulse and rarely thinks too much, no matter how intelligent he may be. But he is not at all a brute.

In fact, he has a sweet side that he shows when he is being loved. This is when he becomes supportive and helpful, showing the partner how much he can offer.

When he’s with someone, he lets his guard down and starts to be cuddly and nurturing. He may feel ashamed of the fact that he’s such a sensitive person, but he simply cannot help it.

Behind the tough exterior there is a caring man who is waiting to be unraveled and approached by the right woman.

Because he can manage himself so well and also because he’s courageous, this guy will accomplish everything he sets his mind to very easily. People may think he is crazy as he is always the one who suggests skinny dipping in the pool at parties, or bungee jumping at weddings.

But he will be loved for this fun attitude, and people will want him around. Don’t try to get him to change his ideas. When he decides on something, there is nothing anyone can do to change his mind. His argumentative attitude will make you regret contradicting him.

Don’t expect the man in Aries to be too attentive. He will do the usual things, but he won’t know more than this.

For example, he’ll bring flowers and he’ll light some scented candles. However, if you two will go out for a movie, this guy will probably buy tickets to a horror or an action movie.

In dating, the Aries man is prone to making some mistakes that not many men make on dates. His libido is high, so he’ll want sex from the first night. If you won’t offer it to him, he will want it the night after and so on.

He will not be that talkative on the phone, and his messages will be kept short and informative, except for the times when you’ll be apart and sexting is on the table.

The negative side of the Aries man

As far as negative traits in this man go, find out he always thinks that he’s right. Other people’s opinions don’t even matter for him. When he is being contradicted, he starts to become angry and no one can bring him to his senses anymore.

Being so arrogant and closed to others’ points of view is perhaps the main weakness of this guy and a turn off for many women. He simply won’t budge, not even if you bring strong arguments into the discussion.

When he gets an idea, no one will be able to stop him from putting it into practice. He can also be incredibly stubborn. Don’t even dare to try changing his mind. You won’t be able to.

And this is what makes him very difficult, especially in relationships. Another negative trait is the fact that he can’t stay still for one second. He immediately gets bored and he jumps from one idea to another.

Trusting his sexuality, the Aries man won’t be afraid to lead in bed. He likes the way he looks, no matter if he may have gotten a little bit fat.

He loves sex, so he will have it anywhere, with women who don’t even look that incredible. Anyone will feel attractive with him.

He likes it when his body is admired before sex, and he won’t be ashamed to present himself in front of the partner. If you are insecure and you somehow feel ashamed about yourself, he will give up on you as fast as he has gotten you into his bed.

Learn a Great Secret of Your Inner Being: Choose a Path You Want to Travel! 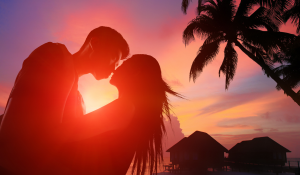 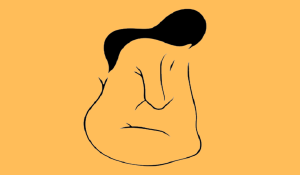 How Others See You? Find Out With This Visual Test: 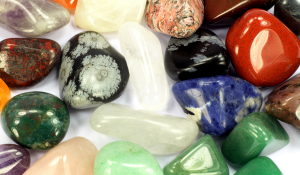 How To Use Your Horoscope To Determine Your Lucky Charm and Birth Stone?

This Cognitive Test Will Tell Hidden Secrets About Your Personality! Which Thing Catches Your Attention the Most in This Picture?

Why You Should Date Your Opposite Horoscope? 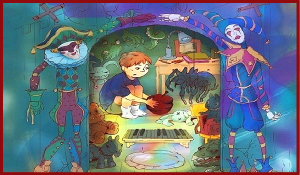 What Is Your Deepest Unconscious Fear? This Image Will Reveal!

5 Of The Horoscopes Are Most Likely To Be Empaths! Is Yours One of Them?

You Are an Evil or Good Person? This Image Will Determine!

What Is My Spirit Animal? Based On Date Of Birth!

Do you have a question? Write for us: